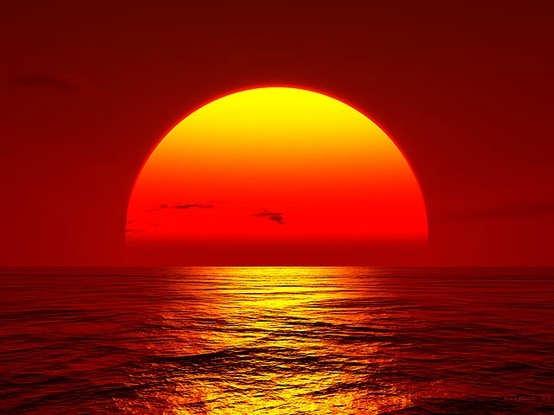 I’ve not posted an update about my work on this blog for over two years, so here’s a roundup.

For the most part the last two years have been primarily preoccupied with teaching and administration at work, at the University of Westminster in London, and a 4 year old and 1 year old at home. I’ve become Director of Teaching in the Department and Course Leader for our MA in Cultural and Critical Studies, serve as external examiner for the MAs in Critical Theory and Cultural Studies/Politics at the University of Nottingham, become a Senior Fellow of the Higher Education Academy, and had the immense pleasure of reading and (internally and externally) examining a couple of doctoral theses on Walter Benjamin.

Last February, I resigned from the editorial collective of the journal Radical Philosophy, which I joined in 2009. Over the last few years the journal has been undergoing some major changes in preparation for relaunching in a new format, involving some difficult discussions and decisions that left me unable to fully commit to the demands of continuing. The journal is relaunching in an open access format this spring with some old and new editors.

In September 2017 I was invited to join a British Academy Working Group on the Teaching-Research Nexus. It has been really interesting and rewarding to be involved in this project so far and the work of the group is ongoing. As part of my involvement in the group, I was also asked to give a brief talk about the teaching-research nexus to the British Academy’s Humanities and Social Sciences Learned Societies and Subject Associations Network in November.

The Higher Education and Theory (HEAT) network that I organize at Westminster with Steven Cranfield and Allan Parsons is in something of a hiatus at the moment, due in part to the ongoing effects of major restructuring and redundancies at the university and in part to the development of the Centre for Teaching Innovation.

It was a pleasure, however, to take part in a reading group at the end of the semester on Gary Hall’s The Uberfication of the University and Richard Hall and Kate Bowles’s ‘Re-engineering Higher Education: The Subsumption of Academic Labour and the Exploitation of Anxiety’. Our discussion mainly involved trying to make sense of Gary Hall’s use of Uber as metonym for a new economic model of higher education, in part because, in mapping out the relation between the firm/driver/consumer and the university/lecturer/student, it was ambiguous whether the firm-driver nexus would practically corresponded to the university-lecturer one (as the more immediate context of precarious employment suggests but which the very different – and primarily social – material conditions of the service provided and the prestige inherently attached to the credential provider makes more difficult to imagine; in other words, Uber would need to own the transport and it would need to be a bus!) or a digital servicer company-university one (a digital-university, with no academic staff or buildings, connecting students who want to take credited modules with universities that have spare places on modules). The former would, to all intents and purposes, have a commercial interest in continuing to largely resemble a traditional university (even if working conditions for lecturers were increasingly precarious and impoverished) whereas the later would fundamentally transform the nature of both the disciplines (through extreme modularisation) and courses (through open-ended accreditation) of the traditional university.

I’m incredibly proud of what HEAT has achieved over the last four years, involved as it has been in research events at Westminster on Walter Benjamin, Pedagogy and the Politics of Youth with Antonia Birnbaum, Howard Caygill, Howard Eiland, Peter Osborne, Mike Neary and others, Educational Eliminationism and Cultural Colonization with John Beck, David Blacker and Nina Power, and Avant-Garde Pedagogies, organized with my HEAT colleagues and Emile Bojesen and including a wide range of international speakers, plus regular reading groups on everything from Arendt to Spivak and research labs on theory in practice. At its heart, HEAT represents the true ideal of an academic community: diversely transdisciplinary in its membership, functioning with no formal institutional funding or support, and with no externally imposed criteria or goals other than those related to scholarship, research and collective discussion. We have genuinely judged the success of every event not in terms of attendance figures, impact, publicity or publications but entirely on the intellectual productivity of the discussion; its existence has been autonomous and autolectic.

Research-wise, the most amount of work involved researching and writing the chapter on Erziehung/Education that I’ve contributed to the Sage Handbook on Frankfurt School Critical Theory, due to be published this summer, which examines the critical theories of education in the works of the early and later generations of the Frankfurt School, from Horkheimer to Kluge. This involved lots of specific research, as well as the construction of a historical and theoretical overview of the Frankfurt School. It has been useful for me to immerse myself in a broader range of work than the Benjamin and Adorns stuff I’m more familiar with and I’ve particularly enjoyed reading the earlier works of Neumann (which proved useful for a symposium I organized and participated in on Trump and cultures of fear), the earlier works of Habermas on Marxism, and everything by Negt and by Kluge. I tried to make a few claims in the chapter and I’m happy to talk about these if anyone wants an overview of what Frankfurt School critical theory can still contribute to a ‘critical pedagogy’ that largely overlooks it. The one claim that I’m mostly looking forward to returning to when I have time is the largely occluded dimension of mimetic education.

Howard Eiland and I have been editing and are now proofing the articles we collected for a special issue of boundary 2 on Walter Benjamin and Education, with some contributions from the conference I organized on this topic in 2013. It has been a very slow process but it looks like the issue will finally be published this spring, with some great contributions, including from Howard Eiland and from me on ‘Pedagogy as Cryptic Politics: Walter Benjamin, Friedrich Nietzsche and the End of Education,’ which takes up T. J. Clarke’s claim that the Arcades Project contains a cryptic politics and unearths this as a reconfigured version of what Wohlfarth calls his early politics of youth.

Connected to this is an article, now accepted for publication in New German Critique, entitled ‘Secret Signals from Another World: Walter Benjamin’s Theory of Innervation,’ which originated as an unwieldy footnote to the previous article and concerns one of those articles of Benjamin’s ‘cryptic politics’: his theory of revolution as innervations of the collective body of humanity. Against the dominant Freudian-Surrealist interpretation of this idea, rooted in Western Marxism, I reconstruct an alternative set of sources stemming from Klages, through biomechanics, to the Russian Avant-garde and collective reflexology, conjoined in their various rejections of bourgeois psychoanalysis.

A third connected article arose from a invitation to speak at a Goldsmiths conference on ‘Benjamin, Childhood and Pedagogy,’ where I spoke on educational transmissibility, and to contribute to a special issue of Pedagogy, Culture and Society, published last year, where I focused on a more specific aspect of that talk: ‘Towards a Critique of Educative Violence: Walter Benjamin and Second Education’. One dimension of the talk I’d like to return to is the specific differences between Benjamin and the early Scholem on tradition, language and education and their later readings of Kafka.

Finally, in relation to education, I’ve helped co-edit, with Emile Bojesen, Aislinn O’Donnell and John Petrovic, a special issue of Studies in Philosophy and Education on the theme of ‘Education, in Spite of it All’, which was published online last year and in print next month. I contributed an article entitled ‘Teaching, In Spite of Teaching Excellence: Recovering a Practice of Teaching-Led Research’. This is more historical and empirical, focused on tracing the idea of excellence in English education back to the influence of Boyer in the US and, via Boyer, to national anxieties about the learning society connected to human capital theory. In this context, it examines how the dominance of the idea of research-led teaching excellence is connected to the dominance of elite universities and intersects with the cultivation of human capital. Unexpectedly, given the rather parochial concerns of the article (the TEF and the idea of teaching-led research in the context of the political landscape of English higher education), this article has probably been the most widely read text I’ve published.

I’m putting the educational theory on hold for the next six months while I’m on sabbatical completing a book with Bloomsbury on Benjamin and Goethe, currently titled Modernism Between Benjamin and Goethe. In relation to the recent philosophical emphasis on the influence of Kant and German Romanticism upon Benjamin’s work, the book delineates the value of Goethe’s thought in terms of a modernism conceptualized as a post-romantic classicism and goes on to expand on this conception of modernism as itself a form of (literary/artistic) transcriticism, understood as a structural site produced through the oscillating of perspectives between classicism and romanticism. It goes on to elaborates these ideas in terms of a series of disciplinary, geographical and political oscillation (between disciplines, between Europe and Russia, between right and left) by examining the impact of this Goethean strand of modernism not only on Benjamin but the complex intellectual milieu in which he worked, from the circles around Schuler, Klages and George, through the sociology of Simmel and Kracauer, to the Soviet avant-garde.

One thought on “Update 3”