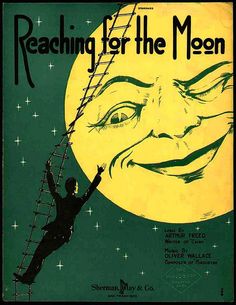 My article on Benjamin and innervation has just been published in the latest issue of New German Critique. The article developed out of an unwieldy footnote on the concept of innervation in an article on ‘Pedagogy as “Cryptic Politics”: Benjamin, Nietzsche, and the End of Education,’ which was published as part of a special issue of boundary 2 earlier this year (and that special issue itself arose from the 2013 conference on Walter Benjamin, Pedagogy and the Politics of Youth). The idea of revolution as an innervation of the technical organs of the collective constitutes, Benjamin declares in the Arcades Project, one of the articles of his politics: a politics that, the boundary 2 article argues, remains “cryptic” because linked to the traumatic submerging of his early pedagogical thought. This New German Critique article attempts to explain the idea of innervation itself, locating its origins not in Freudian psychoanalysis or Surrealistic shock, as usually claimed in the scholarship, but in a cosmopolitical reworking of the vitalist concepts of expressive movement and formative power. These ideas, associated primarily with Ludwig Klages, who was invited to address to the first congress of the German Youth movement on Mount Meissner in 1913, therefore link back to Benjamin’s political break from Wyneken and the re-emergence of a set of politicized pedagogical concerns following the direct encounter, via Asja Lacis, with the Soviet avant-garde in the late 1920s (the mediating figure between Benjamin, Klages and the Soviet avant-garde, as my forthcoming book on Modernism between Benjamin and Goethe explores, is the natural philosophy of J. W. von Goethe). What remains undeveloped in the article itself, and so needs further work, is the directly political application of this idea of revolutionary innervations, which would bring together – via the mediation of avant-garde modernism – the poles of pedagogy and politics, spirit and technology.

In Convolute W of the unfinished Arcades Project, Walter Benjamin refers to the “idea of revolution as an innervation [Innervation] of the technical organs of the collective” as one of the “articles of my politics.” The idea is repeated in material related to the second version and the French translation of Benjamin’s “Work of Art” essay from 1935–36 but expunged—along with the context of first and second technology through which it is explained—from the final version written in the late 1930s. The significance of Benjamin’s assertion has received scant attention in the philosophical reception of his political thought compared with the alternative model of revolution—made famous from the paralipomena to “On the Concept of History”—as the emergency handbrake of history. The latter tends to equate more straightforwardly, almost tautologically, with the messianic figure of interruption with which Benjamin’s thought has become synonymous, although perhaps only at the risk of conflating the political and the theological in his work.

Conversely, Benjamin’s more affirmative idea of revolutionary innervations has received more attention in film and media theory, primarily in the pioneering work of Miriam Bratu Hansen, where it tends to remain isolated within the history of cinema. Drawing on some of the debates and tensions generated by Hansen’s work, the present article analyzes lesser-known intellectual sources that influenced Benjamin’s theory of innervation, focusing on the theory of bodily innervations as well as his extension of this theory into the collective domain of technology. Rather than reconcile or integrate this account with dominant philosophical reconstructions of what is sometimes characterized as Benjamin’s Western Marxism, this article attempts to reveal a less familiar and largely repressed set of intellectual sources, including Asja Lācis’s proletarian children’s theater, Vsevolod Meyerhold’s biomechanical training, Sergei Eisenstein and Sergei Tretyakov’s theory of expressive movements, and V. M. Bekhterev’s collective reflexology in the Soviet Union, as well as debates about bodily rhythm associated with the reactionary, anticapitalist Lebensphilosophie of Rudolf Bode and Ludwig Klages in Germany. What connects these theories is a critical rejection of the bourgeois “subjective psychology” of Freudian psychoanalysis, problematizing attempts to frame Benjamin’s politics in terms of the synthesis of Karl Marx and Sigmund Freud typical of Western Marxism. In Benjamin’s work, these innervated bodily gestures provide a political model for a utopian will whose “secret signal of what is to come” is “not so much a signal of the unconscious, of latent processes, repressions, or censorship (as the psychologists like to think), but a signal from another world”.